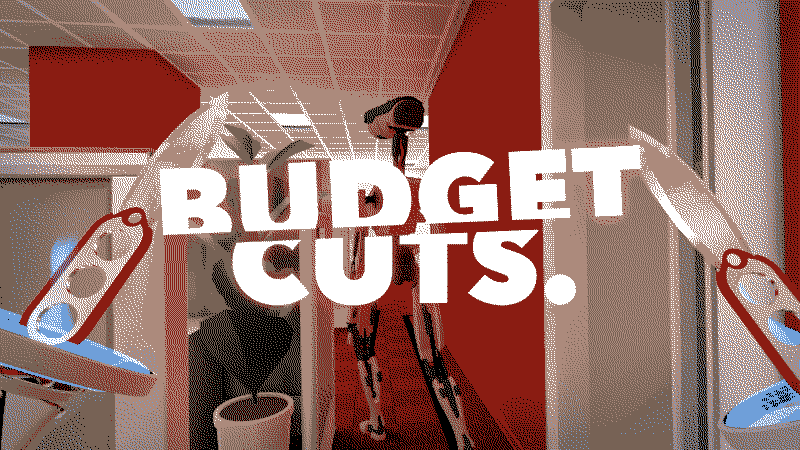 On a Friday (TGIF) in 1997, ABC aired a special 3D episode of Sabrina the Teenage Witch. It might have been because I didn't have a pair of those blue and red glasses, but as characters tumbled, threw objects, and launched spells towards the screen, I didn't get the appeal. Seemed like a gimmick. My skepticism persisted during the resurgence of 3D in movie theaters this past decade or so. So when VR gaming recently came to PC, I didn't care at all. At least, not at first. But, eventually, curiosity got the best of me. (That, and the promise of more Half-Life.) The first game I decided to play: Budget Cuts.

Office work is hard, I assume. With coworkers borrowing your stapler, middle managers constantly looking over your shoulder, and a boss that hates you, all you want is to escape. This game is just like that. Except in a good way. And your coworkers are robots. Some of them just want to make small talk around the water cooler. Others want to murder you--I assume they're the middle managers. To escape, you'll need to either sneak by or stab those ones with scissors while solving keycard puzzles like its 1993. And your boss? His enigmatic presence looms over you throughout the whole game.

It's part Mission Impossible, part Portal, and part sorting through messy desks looking for important documents. Just like a real office job. Right? I don't know. I've never had one. Anyway, VR is cool. And so was this game. I recommend it.