Sabacc has been called the greatest card game in the galaxy. True or not, it’s at least the most popular. And the most varied. Depending on who you ask, there are dozens, if not hundreds of variations of sabacc. But they all have a few things in common: they’re played with a special deck of cards and rely heavily on betting, bluffing, and chance.

Corellian Spike is one of the most popular variations of sabacc. It uses a deck of sixty-two cards. The deck is divided into three suits (called staves): circles, squares, and triangles. Each stave contains twenty cards ranging from -10 to +10. There are also two zero cards called sylops. Also, to add a touch of randomness to the game, it is played using a pair of dice called “spike dice.”

The object of Corellian Spike is to have a hand worth exactly zero points — called sabacc — or at least to have a hand that is closer to zero than anyone else at the table — called nulrhek. In most versions of Corellian Spike — yes, variations of sabacc often have numerous variations themselves — there are also several special hands that can beat a regular sabacc, such as an idiot’s array or a pure sabacc.

At the Yarith Bespin Casino, a challenging wrinkle is added to the game: In addition to each player’s hand cards, they also have a spike card. The spike card sits face-up on the table in front of each player and must be used as part of their hand.

Toydarian Toymaker can be found nestled among the other shops of Merchant Row in Black Spire Outpost on the planet Batuu. The place is owned by a Toydarian named Zabaka. She has come up with her own variation of Corellian Spike, the rules of which she sells with a sabacc deck and some spike dice. Her clientele are mostly children so her rules are modified to not include betting. The rules presented here have been remodified to add betting back in, but feel free to skip over the betting phases if a more easy-going game is preferred. 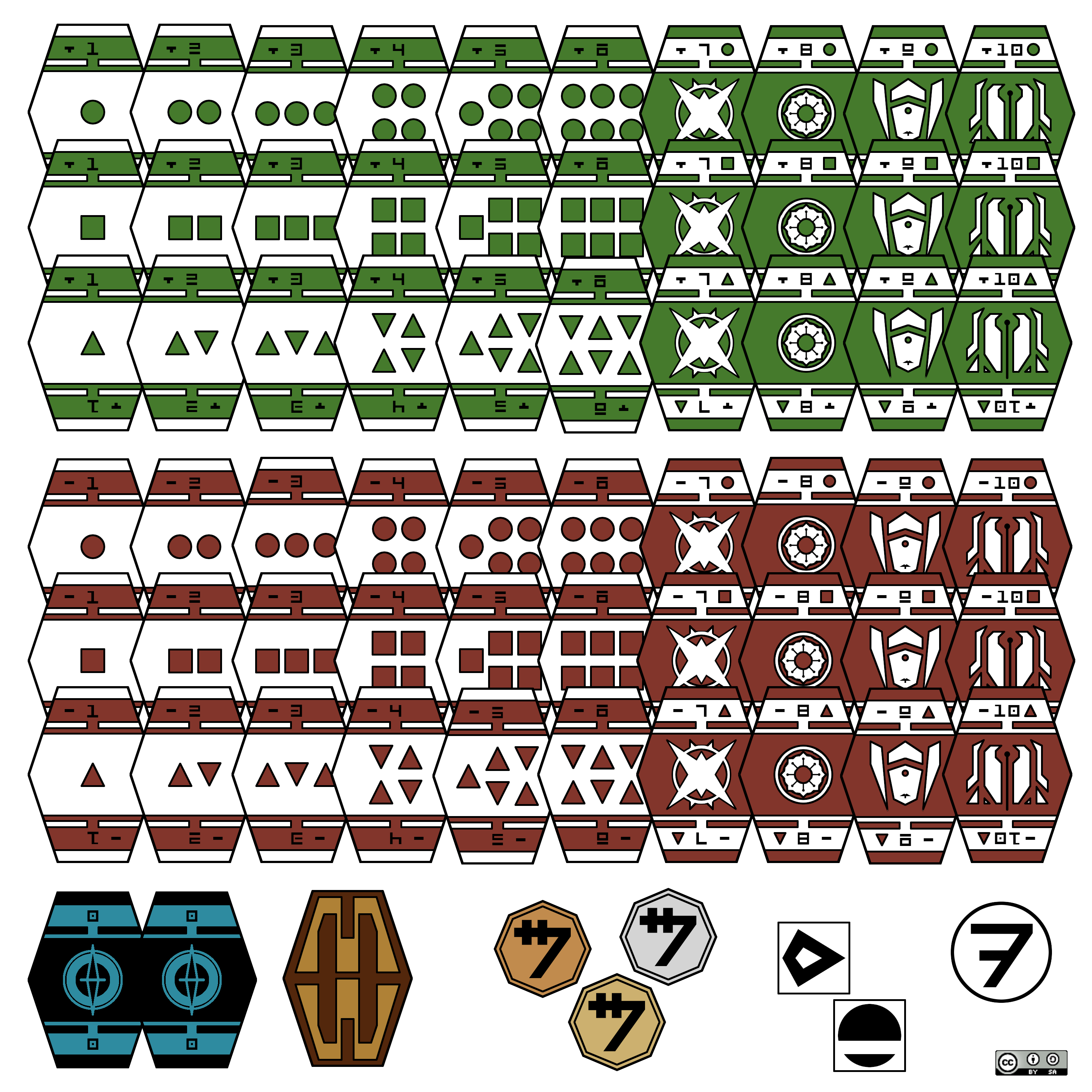 To play sabacc, you will need special cards. The deck will vary depending on which variant you want to play. For Corellian Spike you will need a sixty-two card sabacc deck. There are several options to choose from. The following list is not exhaustive.

One can’t always make it to a casino, or even to a table surrounded by friends (or foes). In such cases, it is possible to play sabacc online using a datapad or other form of personal computer with Roll20.