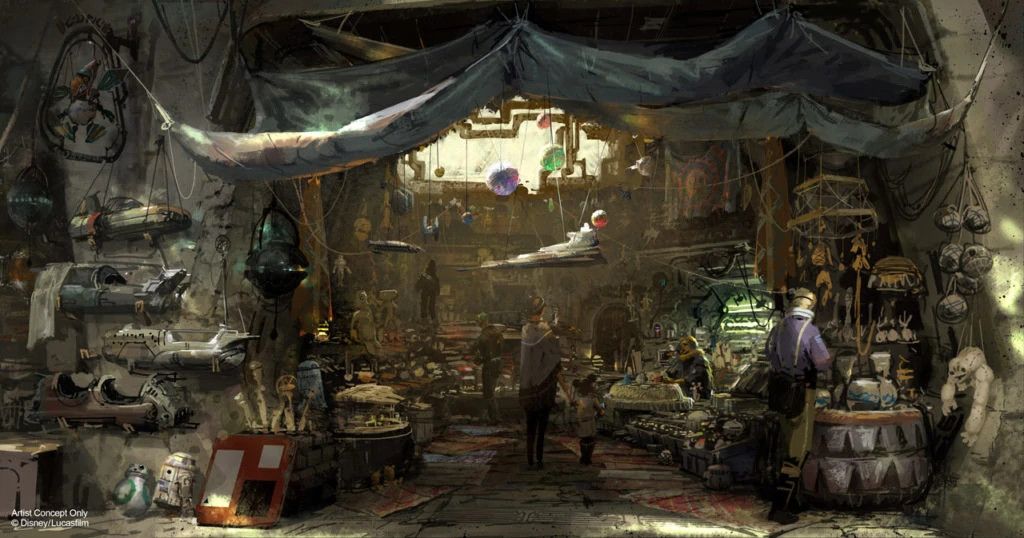 Toydarian Toymaker can be found nestled among the other shops of Merchant Row in Black Spire Outpost on the planet Batuu. The place is owned by a Toydarian named Zabaka. She has come up with her own variation of Corellian Spike, the rules of which she sells with a sabacc deck and some spike dice. Her clientele are mostly children so her rules are modified to not include betting. The rules presented here have been remodified to add betting back in, but feel free to skip over the betting phases if a more easy-going game is preferred.

Zero with four of a kind (except 10s) and a sylop.

Zero with one pair and a sylop.

Zero with a positive three of a kind and a negative pair (or vice versa).

Zero with four of a kind.

Zero with a four card run.

Zero with three of a kind.

Sabacc with One Pair

Zero with one pair.

Sabacc with Most Cards

Zero with the most total cards.

Closest to zero with a positive score.

Closest to zero with most cards.

Closest to zero with the highest positive card total.

Closest to zero with the highest single positive card.

If players are still tied, they must draw one card from the draw pile. The player whose card is closest to zero wins. If tied, the positive number wins. If still tied, draw again until a winner is determined.

At some tables using Zabaka’s rules, the full sabacc hand is removed as a winning hand and is instead simply part of the fleet hand, and the least valuable fleet, at that. Another common variation is for all hands ranking higher than regular sabacc, you’re required to have only exactly the cards needed to complete your hand and no extras, even if those extras would bring your hand total to zero.